Where to enjoy Oktoberfest in the UK this autumn 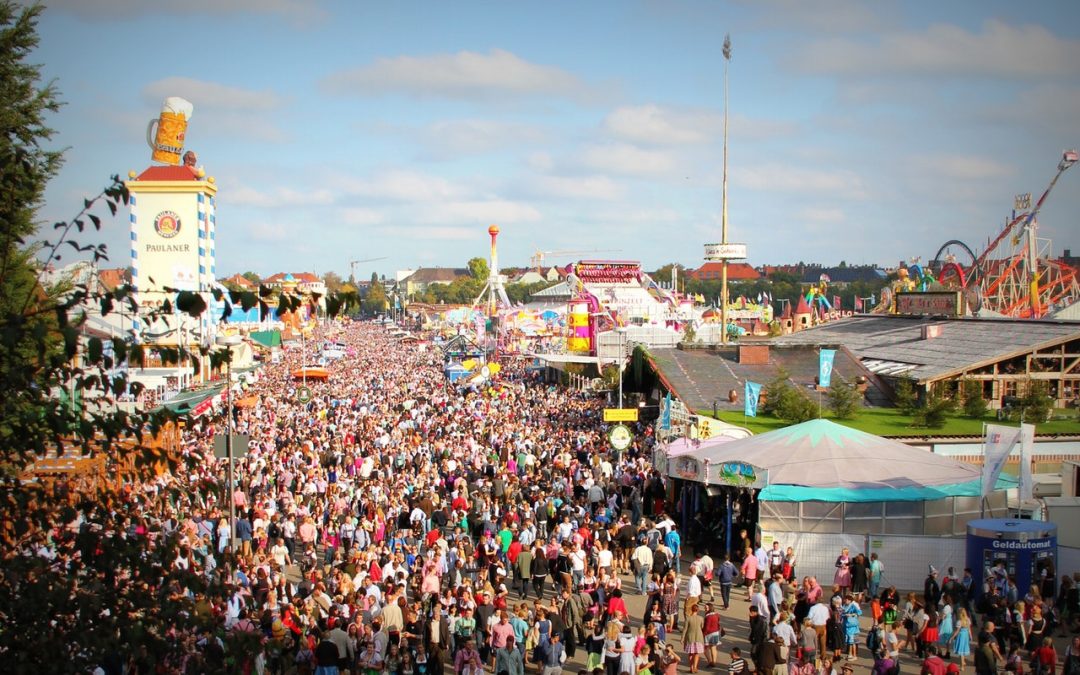 Oktoberfest was born to honour the marriage of Prince Ludwig and Therese of Saxe-Hildburghausen way back in 1810. This awesome wedding party ended as a house party! In the more than 200 years that this German festival has been running, it’s been cancelled a mere 24 times, with the majority of cancellations coming because of the war and cholera epidemics.

During Oktoberfest, beer consumption neared 8 million in 2017, so it’s no surprise that this festival is so adored by the UK. Also, the beer brewed for Oktoberfest is especially strong, so be prepared for a nasty hangover… though we’re confident it will be well worth it!

So, just where is the best place to enjoy Oktoberfest this autumn?

Manchester’s Oktoberfest will take place in Albert Square for five whole booze-filled days. This festival will take place from the 21st to the 25th of October. The Real Oktoberfest bring their amazing tents with a capacity for 2,000 people. There are few better places in the North to celebrate just how fantastic German beer and food really is. Grab your bratwurst and stein and get partying.

The Real Oktoberfest can also be found in the Scottish capital, this time with capacity for 1,500 Scots ready to party, and will take place between the 7th and 11th of October in Prince Street Gardens.

The famous Edinburgh Castle makes for the perfect backdrop for the festival, with plenty of brilliant restaurants and bars nearby for continuing the party well into the night. If your hangover isn’t too rough, take a stroll up Arthur’s Seat for some stunning views over the city… and then treat yourself with another beer after that lofty hike.

The capital loves a party, and Oktoberfest is no exception – it’s certainly celebrated in style here. In partnership with German brewery Paulaner, Real Oktoberfest brings the festival from Munich to four different locations in London. Furthermore, with capacity for 3,300 people, it’s sure to be a lively event.

The tents can be found in Brixton, Islington, Camden and Canary Wharf, with various dates running through the months of September and October. Fun fact: although it’s called Oktoberfest, the annual event was moved to start in September due to the warmer weather.

What’s more, there will be a traditional Bavarian Oompah band playing classic British pop and rock. We will rock you, steins and lederhosen; what could make for a better night? The Bavarian Beerhouse will also celebrate Munich-style at Tower Hill and Old Street. Here, you will find traditional German food, bench dancing and stein-lifting (or downing) in abundance. The nearby Dorsett Hotel, Shepherds Bush can make for the perfect place to unwind as you wait for your hangover to wear off before you take off sightseeing.

Albert Einstein once worked as an electrician during an Oktoberfest party and even helped to set up one of the beer tents in 1896. If one of the most intelligent men to have lived enjoyed a stein or two, then go and enjoy three!