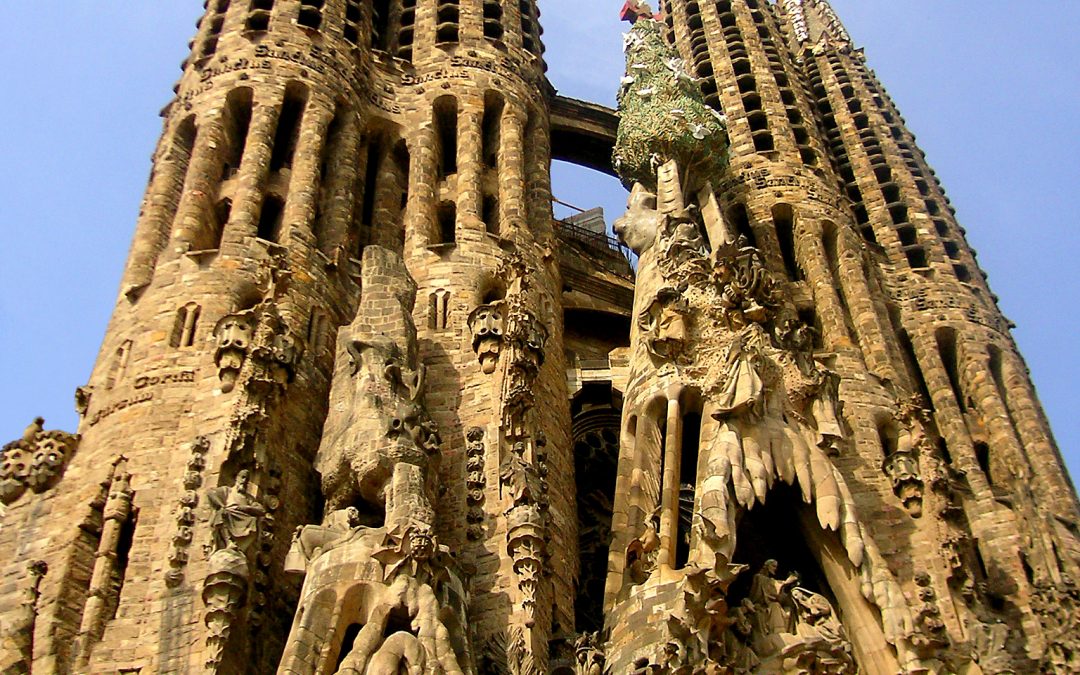 Barcelona should be at the top of the list in terms of European city breaks. Think about it; great weather, great food, great culture, history, architecture, nightlife, people… The list could go on and on. If Barcelona has any problems when it comes to what to there, the issue is that there is so much choice. In a few days it’s impossible to do everything while on your city break for a few days to do this amazing city justice. Therefore, here are five things you simply have to tick off if you’re lucky enough to visit the incredible city of Barcelona (at the right time).

The first thing you simply have to do is take a wander around the unique streets of Barcelona, from the Ramblas to the stunning Sagrada Família. Planned to be finished in 2026, this is the largest unfinished cathedral in the world and an icon of the Catalan city’s skyline. The looming towers look like four giant anthills, festooned with crazy gargoyles and biblical animal carvings, dominating the landscape. It’s even more stunning once inside, however, as the magical stain-glass windows drench the vast interior with light like a religious silent disco. Just as amazing as the architecture itself is that the whole construction has been crowd funded for all these years since building work began in 1882.

Designed by Antoni Gaudí, the same maverick that conceptualised the cathedral, the park was initially meant to be a gated-community for the city’s aristocrat to get some quite time away from the hubbub. This didn’t go to plan though and the city made it a public garden. Two of the houses were built, looking like two creamy Hansel and Gretel houses straight out of a gingerbread fairy-tale, with creamy plastered roofs and crazy spinnerets you could almost bit into. With the rest of the garden following the style of the cathedral of mad mosaics, animal sculptures and spiralling staircases, you’ll think you’ve stepped off the metro and into Willy Wonker’s chocolate factory. In addition, from the highest terrace, if you can take your eyes off your immediate surrounding’s wackiness, a spectacular view of the city and his other masterpieces await you. 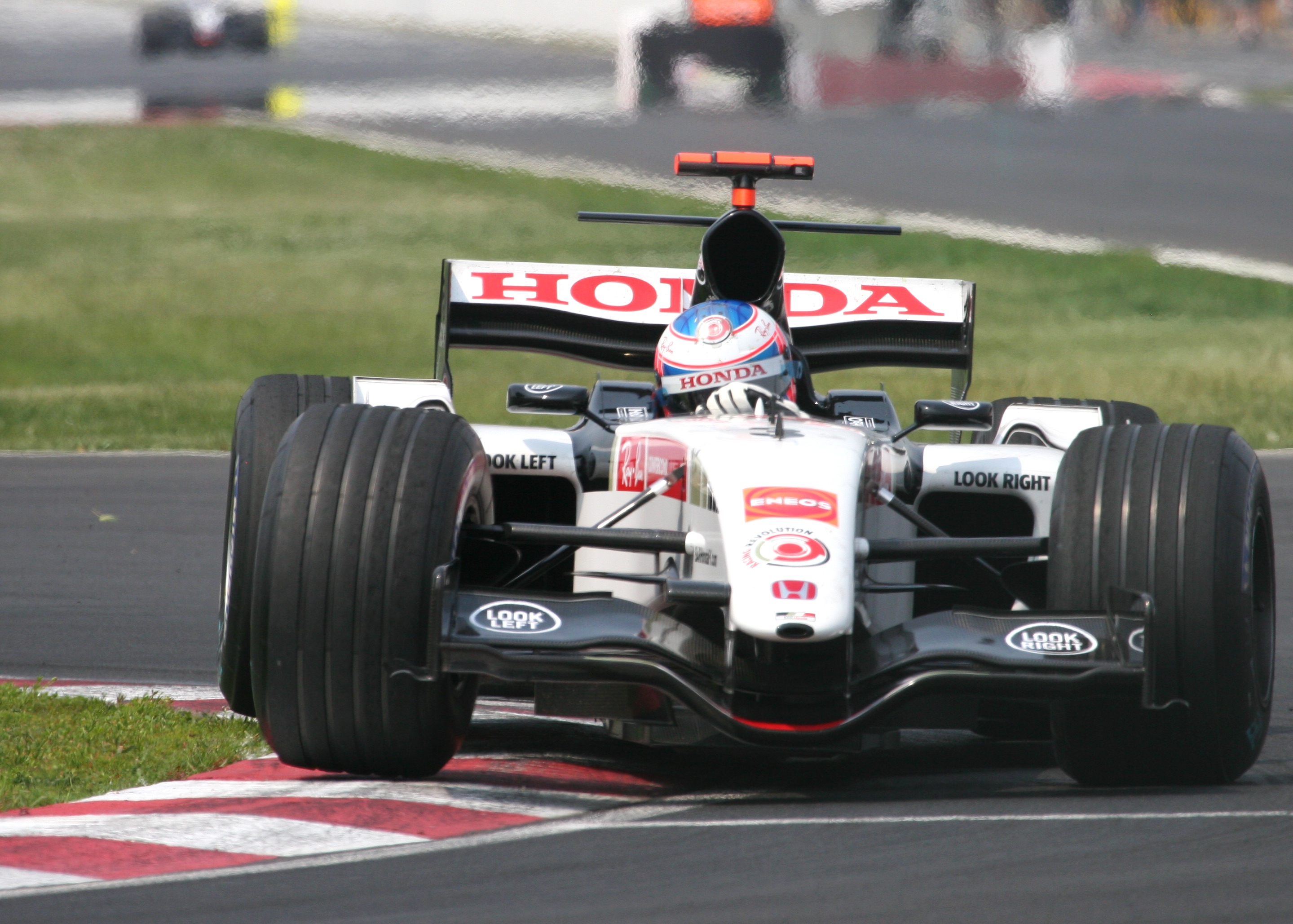 If you’re heading to Barcelona between 11th and 13th May 2018, you could get tickets to the Spanish Grand Prix at Circuit de Barcelona-Catalunya. You’ll be surprised what great deals you can get if you think outside the box and are quick enough. This means you’ll get to see your favourite racing stars up close (well, their helmets at the very least). The atmosphere here is said to rival that of even the Nou Camp as the passionate fans flock to see a world class event in a world class location. Here you can mix with friendly speed fanatics from all over the world in a real jamboree of all those whose passion is cars going very fast. 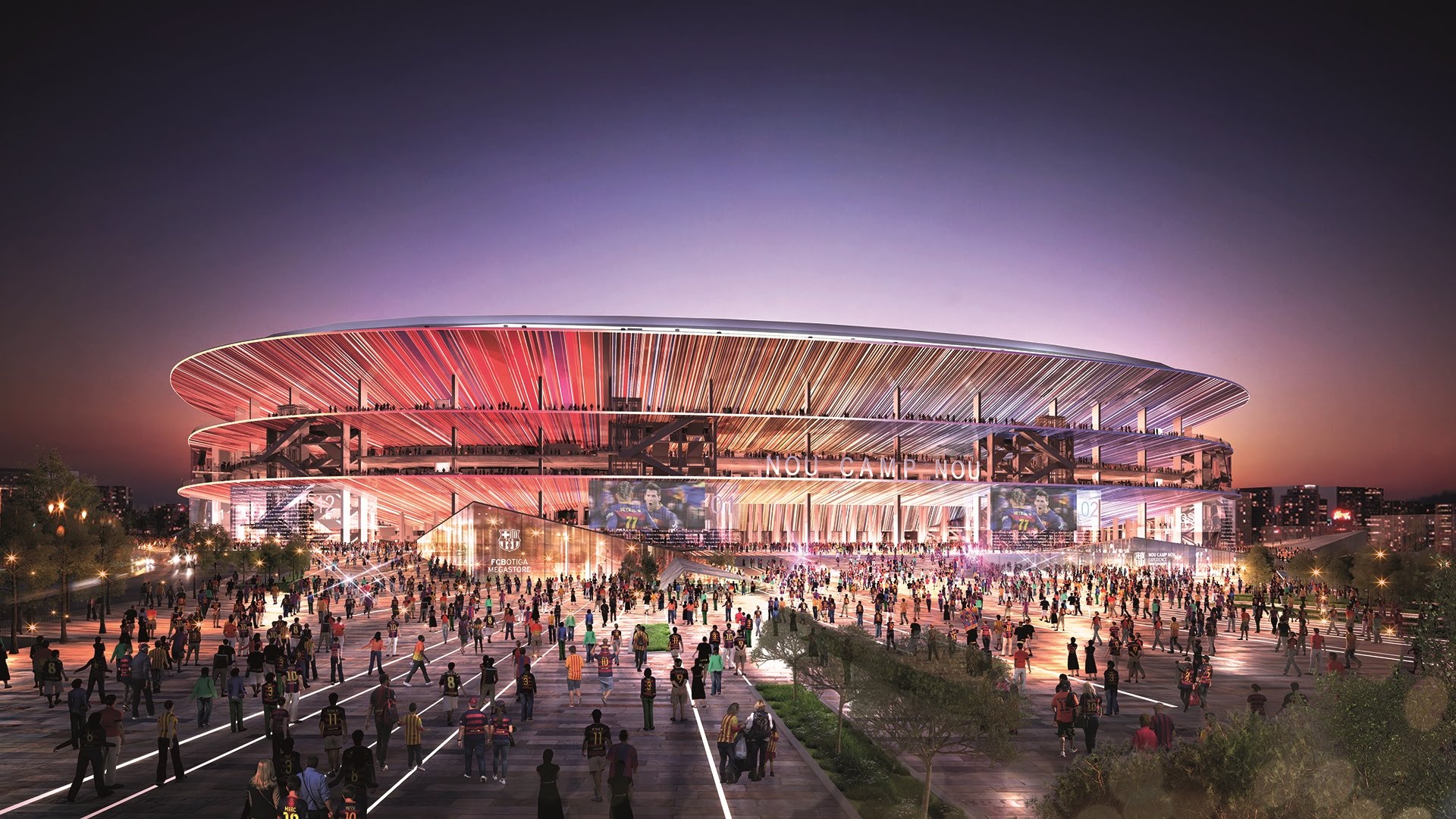 Some say the Nou Camp is a cathedral to football with such icons as Cruyff, Ronaldo, Ronaldinho, Messi and Neymar all playing there. With a massive 99,354 fans fervently cheering on their team every weekend, there’s no doubt which arena dominates the lives of the locals. They say FC Barcelona is more than a club and with the new development of the stadium planned to finish in 2021, the Nou Camp Nou will be more than a stadium. Such ingenuitive designs include a roof to finally cover everyone from the rain, which will channel to water the pitch as well as provide space for solar panels to power the Wi-Fi zones and interactive ticketing system. All this, plus 15,000 extra seats, will make the Nou Camp the second largest sports stadium in the word, second only to North Korea’s national stadium with a capacity of 114,000. Tours of the ground are extremely popular and open every day of the year just a short metro ride from the city centre. What could be a better way to plan your trip to Barcelona than it coinciding with seeing a game?

Due to its location on the Mediterranean coast, Barcelona boasts one of the top locations in the world when it comes to seafood. Every day the fishermen bring in boat after boat of fresh fish, mussels, lobsters and more to go into the most famous Spanish dish; Paella. There is some debate about the exact recipe to officially be ‘Paella’ but the Catalan way with a load of hearty seafood is a must.

Another dish with a bit of controversy is the Crema Catalana which is basically a French Crème Brûlée. There’s debate about who actually invented it but all you need to worry about is the taste- which really the hits the sweet spot. Another highlight for Catalonian sweet-tooths is the spreadable goat’s crème cheese covered in almonds and honey called Mató. It may literally mean ‘I killed’ in Spanish but this regional delight is a victimless treat in small doses.

Las Bombas also have a story behind them. These bread-crumbed mash-potato balls that make up a staple of local tapas menus were thought up after inspiration from the Spanish civil war. The ketchup/mayonnaise on top represents blood while the tangy salsa below represents the explosive character of these spicy, home-made bombs the locals would hurl out of the window s at Franco’s guards.